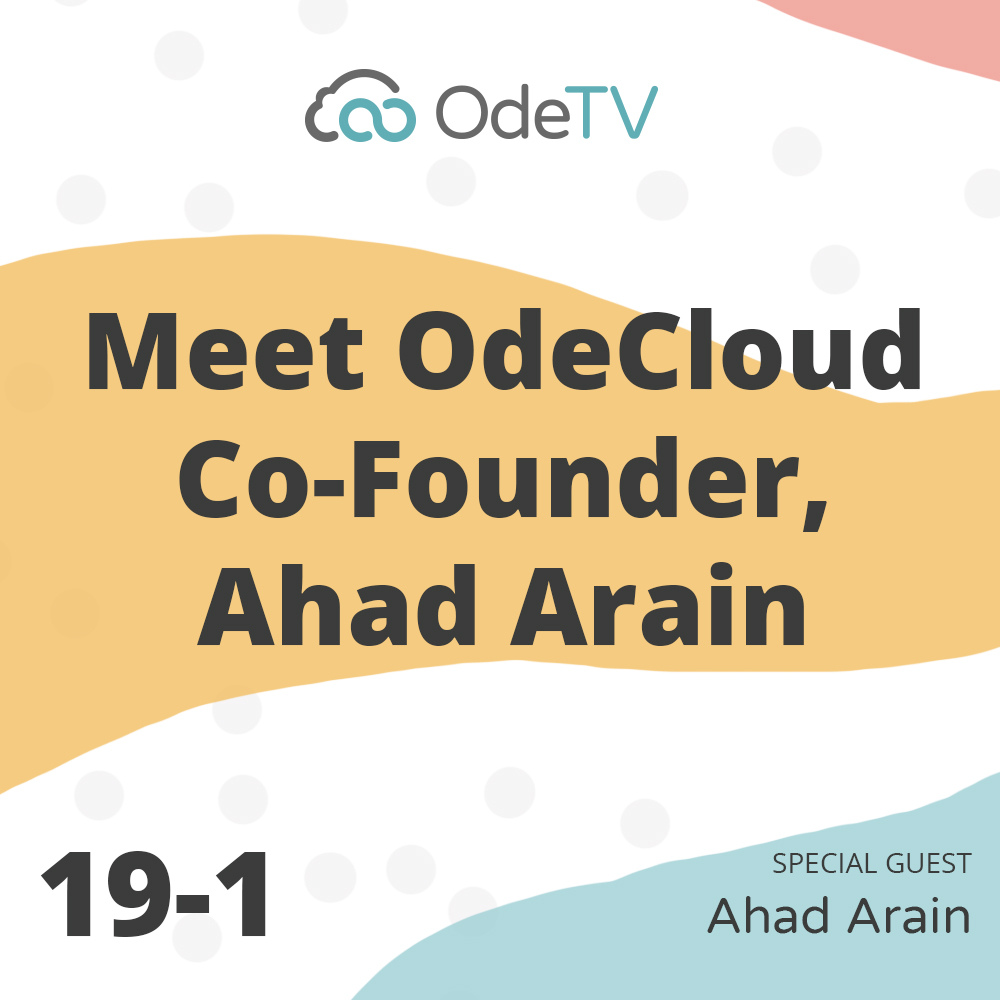 Ahad Arain: The Original OdeClouder You Never Heard Of (Until Now)

Ahad Arain is known to much of the OdeCloud community as both a highly skilled NetSuite expert and the newly named OdeCloud co-founder.

With nearly a decade’s worth of experience in NetSuite, Ahad’s expertise covers a wide range of different subjects pertaining to NetSuite, including implementation, integration, administration, configuration, data migration and customization.

Funny enough — and much like many other OdeCloud community members — he didn’t outright choose the NetSuite life.

The NetSuite life chose him.

“When I graduated out of university — I actually went to university in Toronto, where I’m at right now — I wasn’t sure where I wanted to go, Ahad said.

“I had a business degree, so I had a business background, but I didn’t really like accounting or finance — but I was really good with computers. So while I was trying to figure out where to take my career path, an internship opportunity opened up, and it was actually at NetSuite, the company.

Ahad described the entire process as “rigorous,” recalling just how many hoops he had to jump through in order to earn his certification and learn the various ins and outs of NetSuite.

He credits his experience working with NetSuite as one of the primary factors that led to his work in the Bay Area, which directly steered him into his role with OdeCloud and the man we know him as today.

What the community doesn’t know, however, is that he was actually the first OdeClouder ever — at least, that’s what co-founder Osar Iyamu likes to jokingly say.

The truth, Ahad says, is that he was less so the first OdeCloud consultant, and more so the original guinea pig that helped guide Osar’s original conceptualization of OdeCloud.

“I guess I didn’t know — and he always mentions this to me — he’s like, ‘You were basically the first person that I hired for OdeCloud,’ — before he even got OdeCloud started,” Ahad said.

“I guess what he’s referring to was back then, it was just him and I were working on this project, and basically, he had me doing some implementation work, some optimization work on the side while I was still managing my full-time work.”

Ahad has since become the director of business development at OdeCloud, taking a central position within the OdeCloud community in a number of different facets.

But more on that later. Thanks for reading!