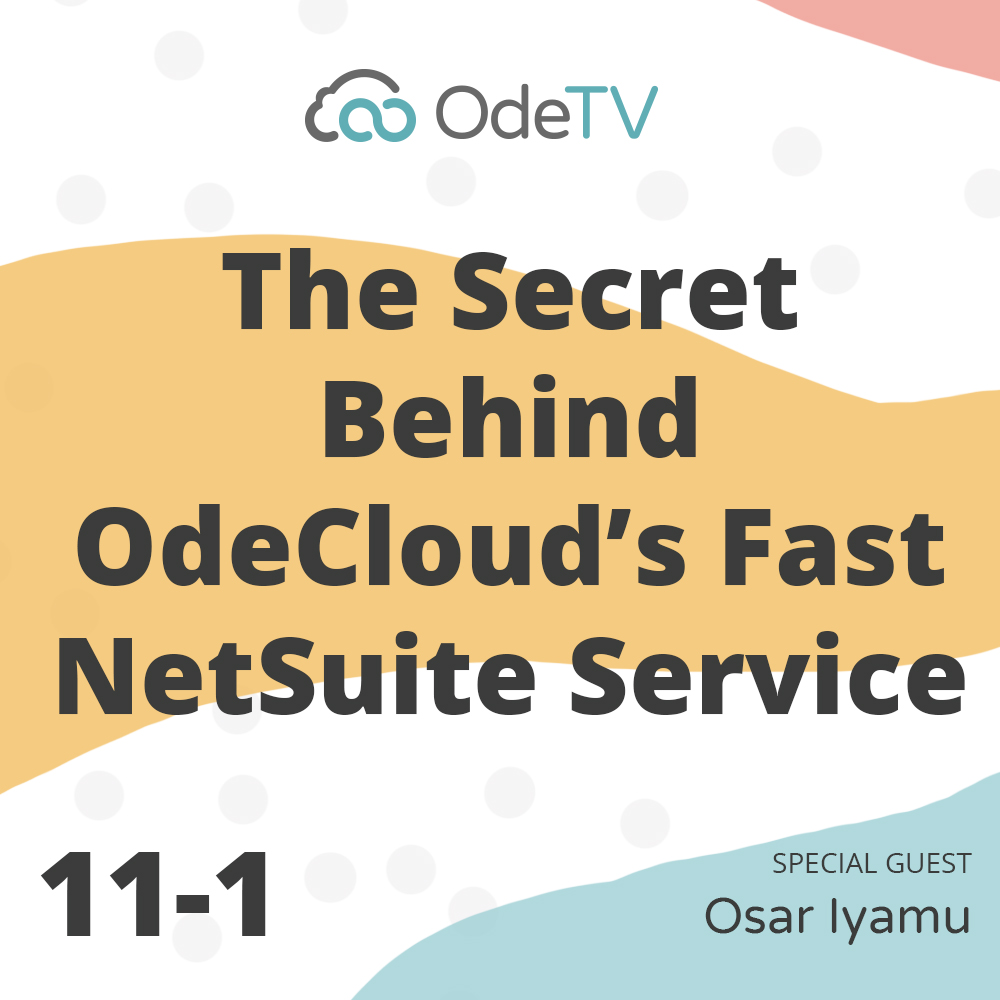 How does a single company provide such fast NetSuite services? They ask for help.

OdeCloud was founded on the idea that community-based, crowdsourced consulting was the key to reliably fast NetSuite services. So far, it’s proven to be quite an effective formula.

As a child, I always did my best to avoid asking for help. I grew up being told that asking for help was a sign of weakness, and I often felt like a burden every time I was forced to admit that I required assistance.

It wasn’t until I entered adulthood that I finally understood that I was incapable of doing everything on my own, and that the majority of people actually have the proclivity to assist someone in need.

Understanding just that, OdeCloud CEO Osar Iyamu took it upon himself to build a community that encouraged crowdsourced solutions and the open exchange of high-level expertise.

“When it comes to IT work, the way I see it today…this domain is probably the one I’ve seen the most changes in the past 10 years,” said Osar. “We’ve seen the big data; we’ve seen blockchain; we’ve seen the use of API — that’s now kind of mainstream; we’ve seen machine learning — A.I. technologies.

“So think of someone that’s managing an IT department or HR department trying to keep up with all those skillsets — because with every new technology trend comes a set of skillsets that you need to have to leverage that technology.

Having experienced first hand just how fast-paced and volatile the tech world can be, Osar knew that a community of IT experts — specifically, freelance NetSuite experts — would be the best source for learning all the new trends and all the best practices.

But no company would pay good money to a consultant who merely helps to pinpoint problems and suggest solutions. It requires the skills of a true expert to effectively execute the necessary tasks involved.

“The knowledge is not enough for most businesses, knowing that ‘this’ is the solution. It’s just enough for them to know the value that they need,” Osar said.

“We decided to build a community so we could crowdsource ideas, solutions very quickly within the community, but we also decided to have a NetSuite service attached to it.

“That’s where OdeCloud becomes very powerful — because it’s not just about crowdsourcing ideas and just getting people to help you out; it’s also about being able to get the right expert to go into your system and execute on that specific feature that you need to have.”

OdeCloud consultants have a rule: If they have to spend more than five minutes contemplating a project’s plan of action, then the sixth minute should be spent asking the community for a possible solution. After which, they’re encouraged to step away for a 5-minute break.

And those five minutes spent away from their computer? More than likely yielded a multitude of reliable solutions from NetSuite experts that have encountered the same or similar problems.

That’s what makes OdeCloud capable of taking a project that would normally require months of work and finishing it in a matter of days.

Whether it’s a minor issue that requires a simple fix, or a major issue that calls for heavy coding and complex software integration, it’s through the extraordinary power of crowdsourcing that OdeCloud is able to deliver reliably fast NetSuite services.

Thanks again for having me Angelo. Always a great pleasure to chat with you! 🙂